This post is the continuation of Sound Routes: Maghreb / Morocco – Marrakesh (Day #1). 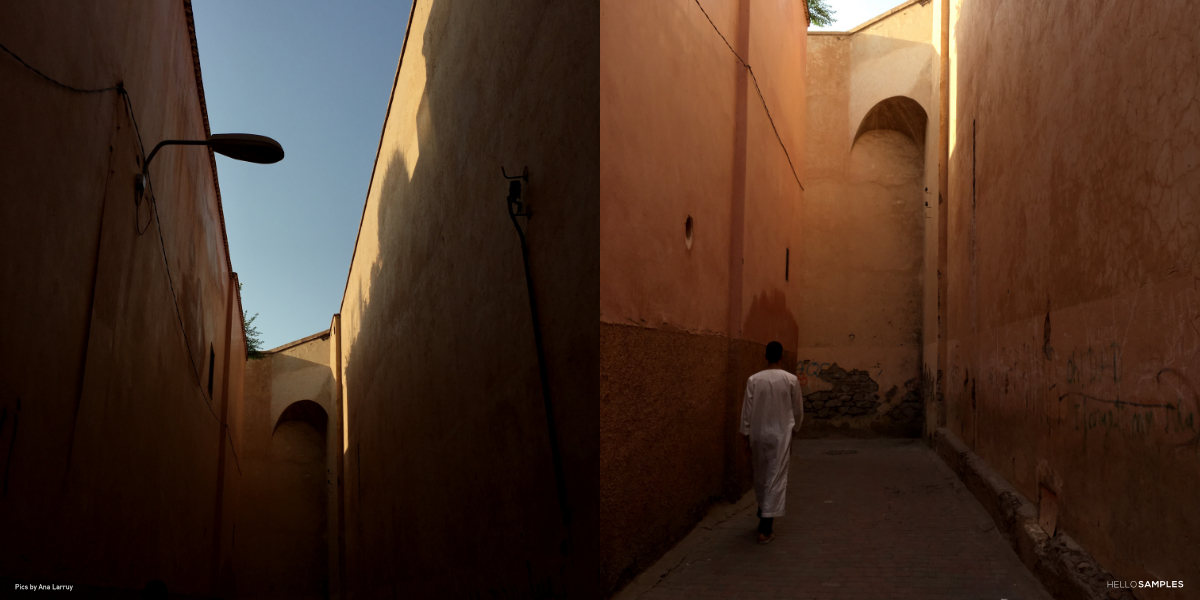 In our first morning in Marrakesh, we woke up at 10 am, had a delicious breakfast and jumped out the street, hoping to find the way to Jemaa El-Fna… yes, again.

We tried hard to find the correct way to the square, but in Marrakesh, if you get distracted for only a second, you have a high probability of missing that one street you had to turn onto. Somehow, and with some good luck, we got lost into a maze of squeezed streets and old tall buildings, where sunbeams appeared to stain thin lines on the ashen walls. All of a sudden a set of laughs and yelps reached my ears from a group of children playing and enjoying some street games. 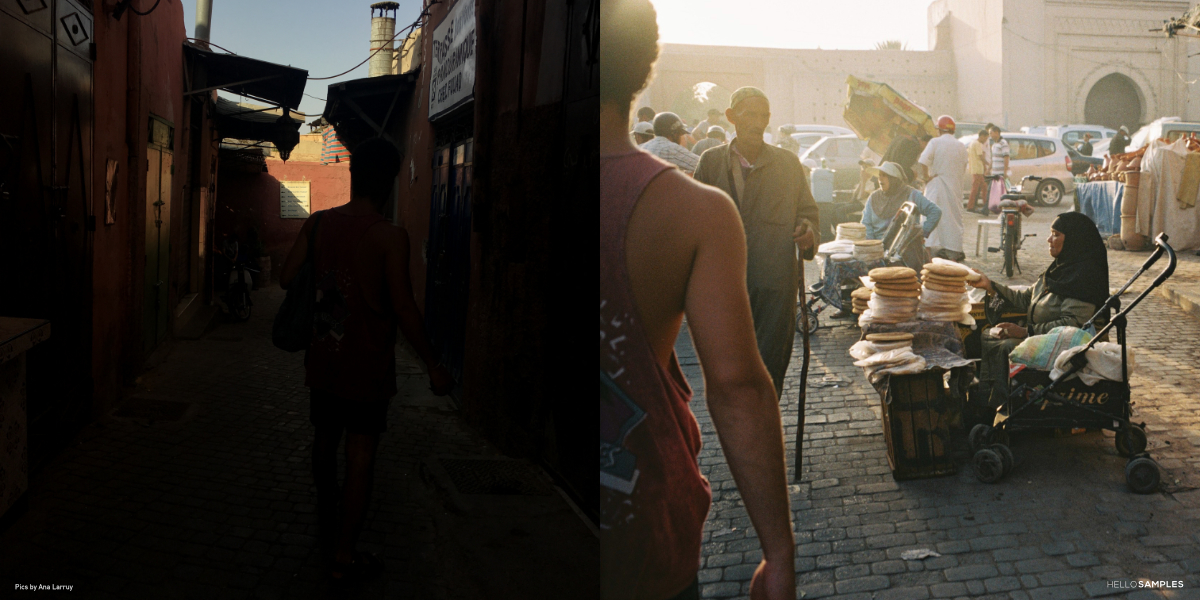 As we arrived at Jemaa El-Fna, we could not stand the hot midday sun, so we naively sought something resembling a park where we could find a cool shadow to lay down in. The closest thing to this, was a couple of short shrubs in front of the Koutoubia, where I recorded the afternoon call to pray or Asr.

On our way back to Jemaa El-Fna, after having eaten some food from a Carrefour in a better park than the first one (called Cyber Parc Moulay Abdessalam), I recorded some gnawa percussion from one of the groups of musicians that were performing in the square. 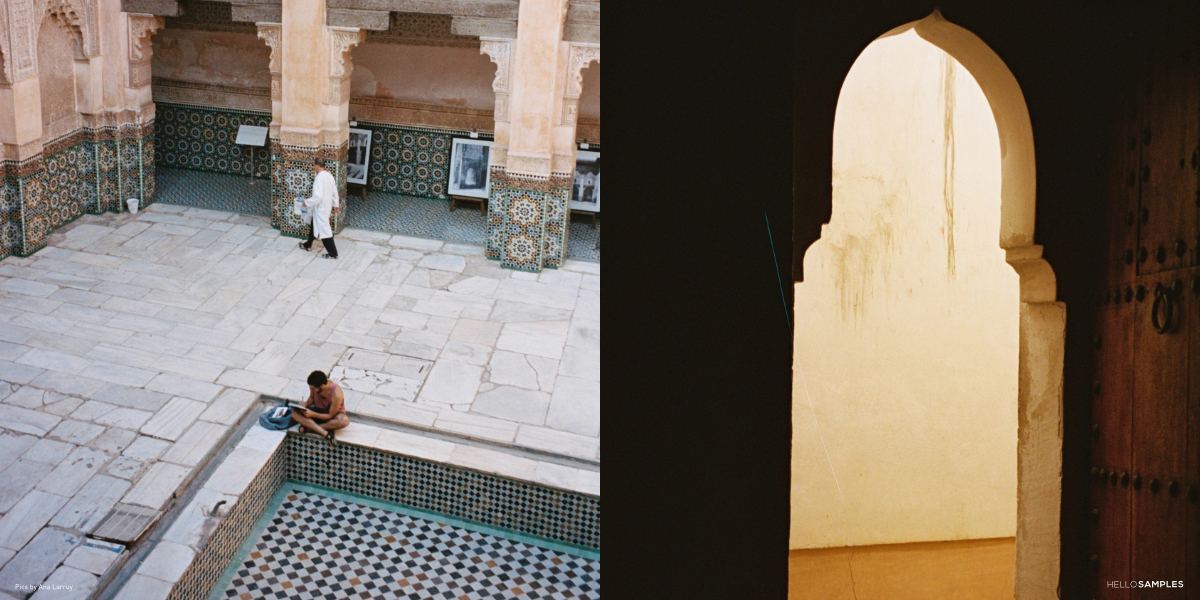 The day continued smoothly. We visited the Ben Youssef Medersa, a very impressive building constructed in the fifteenth century, and a few more of the souks. We found some very charming streets and little corners, although they weren’t acoustically very interesting.
At the end of the walk I captured the last two Adhans of the day; Maghreb and Isha’a.