This post is the continuation of Sound Routes: Maghreb / Morocco – Marrakesh (Day #2). 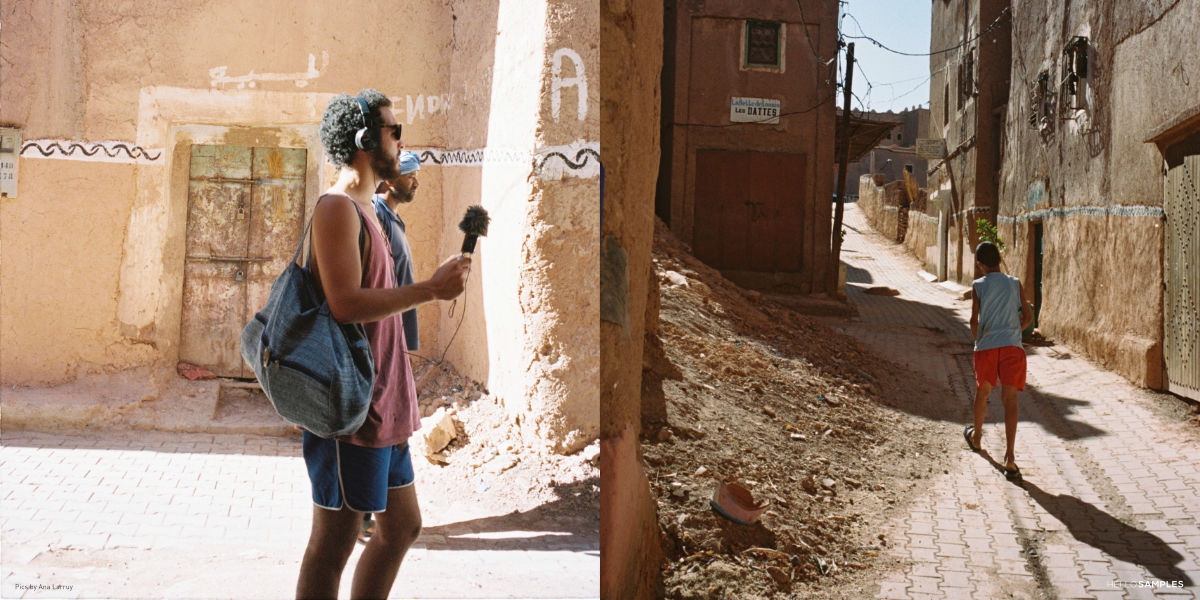 On the morning of the third day we left Marrakesh and headed to Ouarzazate. We took a shared taxi from the Grand Routier, next to Bab Taghzout. Both Ana and I, were so excited about the trip, that we did not care about having to share the copilot’s seat! Or at least, we didn’t at the beginning…

Ouarzazate is a city in the south of Morocco, it is known for its outstanding Kasbahs (ancient fortress made out of clay and straw) and, ultimately,  for the many shows, films and series that have been recorded in its film studios and surroundings. It took us about two hours to cross the impressive Atlas  and one hour more to arrive to the ‘doors of the desert’, as the city is also known.

As Ana and I got out of the taxi, the weather was the first thing we noticed: a very hot gust of wind welcomed us to the place. A few seconds later, we realized how hungry we were, and so we went to find a restaurant where to satisfy our needs. We used that time to talk about the beautiful landscape during the trip and our economic situation. 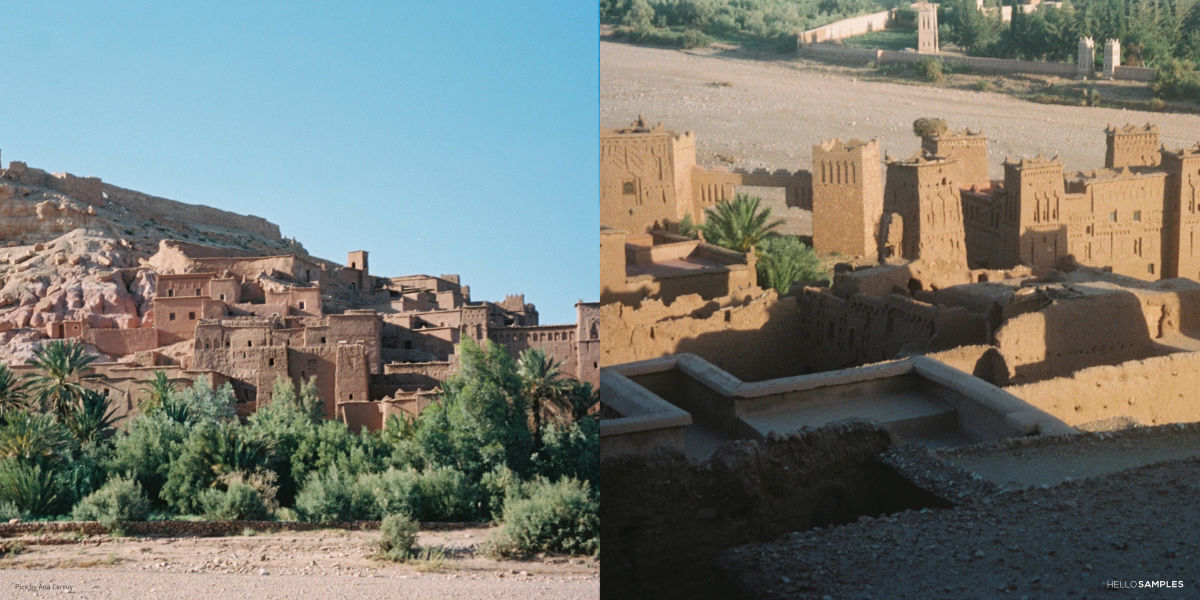 After finishing our plates and accounting, we headed to the first Kasbah of the day. The silence of its streets and the harshness of the sun made us hesitate about exploring the narrow streets, as if something was telling us to leave. When, all of a sudden, a group of children captured my attention, as they seemed to find my handy recorder very interesting. When I was able to react, the kids had already gathered around me and started singing joyfully. Luckily for us, Ana was fast enough to record part of this magic moment…

Later, we arrived to the second and last Kasbah of the excursion: the ksar Aït-Ben-Haddou, a group of earthen buildings surrounded by hall walls, located in the outskirts of Ouarzazate. A gentle man, called Ahmed, guided us through the place, explaining the most relevant information about the ksar and also showing us the astounding views from the top of the fortress. 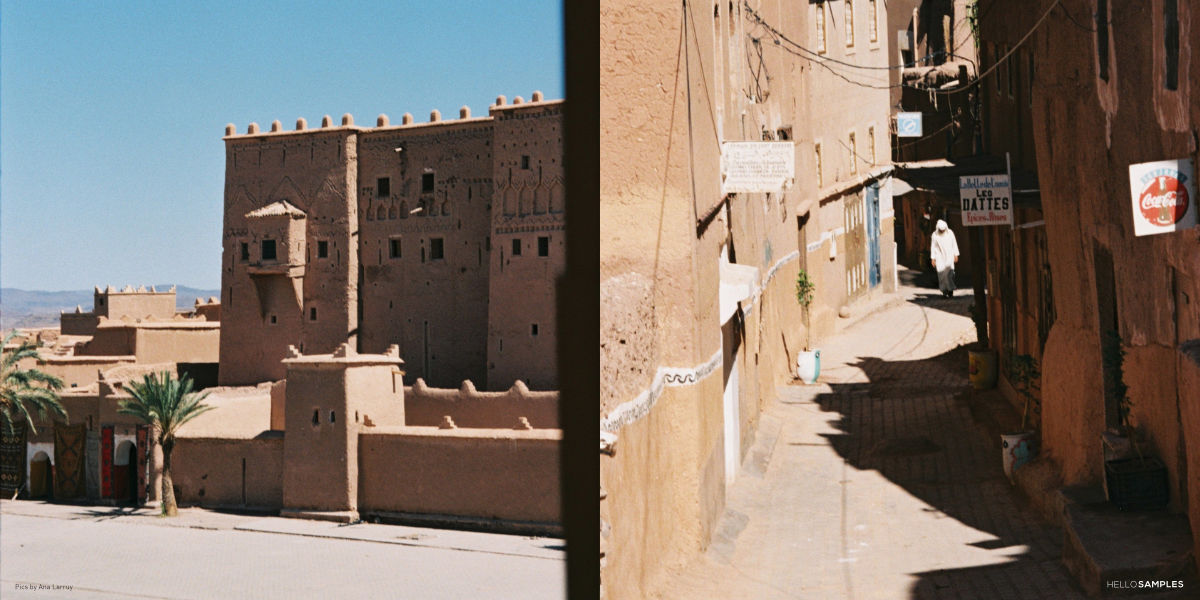 On our way back, on what was going to be our last night in Marrakesh, I had a really interesting conversation with the taxi driver about culture, religion, politics and so on… After arriving to the riad, I only remember lying on my bed and closing my eyes straight away.