This post is the continuation of Sound Routes: Maghreb / Morocco – Ouarzazate (Day #3). 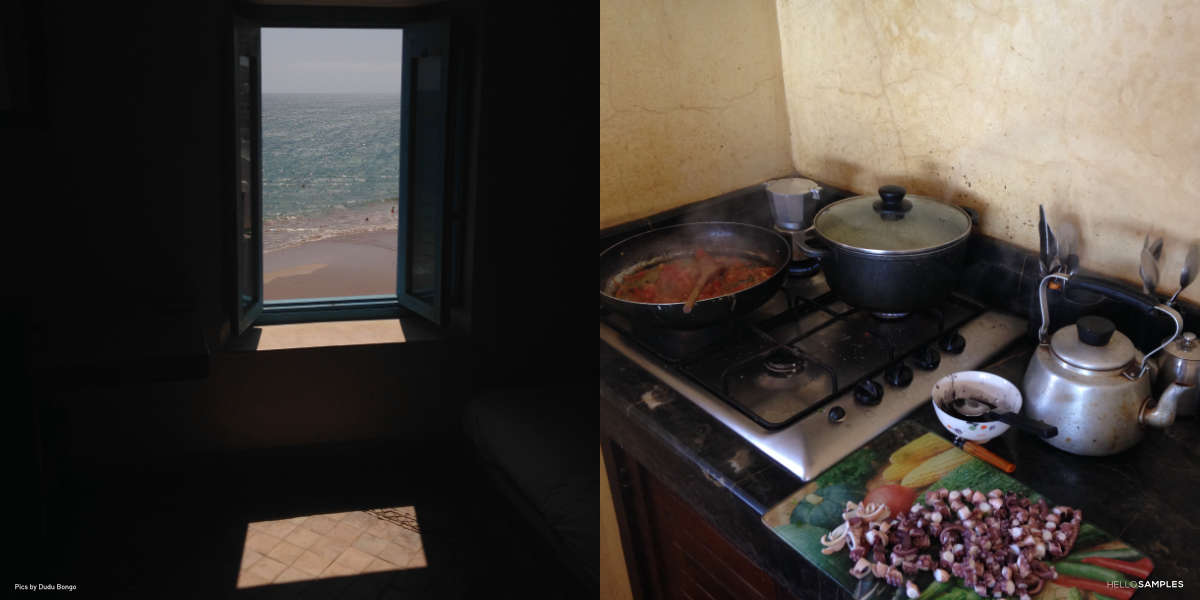 After six hour trip from Ouarzazate, we arrived at Taghazout by midday. From the hostel, I could hear the welcoming sound of the sea waves brushing the sand. After signing the check in, I dropped my backpack on the floor of our room and immediately jumped into the beach.

With the excitement of the moment, I totally forgot about my handy recorder without which it was impossible to catch any sound at all.

Despite the setback caused by the distraction I quickly got interested in a group of fishermen that were assembling a little stand in where they would sell their catch of the day. Astonished by the beauty, freshness and diversity of fishes and mollusks they were displaying, I started feeling very hungry and decided to buy two nice looking octopuses in order to make a delicious feast with them. With the idea of a seafood pasta in my mind, I headed off to the closest shop and got hold of the extra ingredients for the meal.

Once I had returned to the hostel with a bag full of spices, olive oil, coriander, tomatoes, spaghettis, garlic and oranges I was ready to start cooking a simple but delicious recipe: Spaghetti with octopus on its ink and stir-fried vegetables.

Before cooking, I made an orange juice for me and Ana, who, at that moment, was reading peacefully in hostels terrace. The sound of the old electric squeezer resulted very interestingly for me so I decided to record it straight away.

After having finished lunch, we had our conventional coffee on the terrace. Surprisingly for me, meanwhile having coffee, I spotted a beautiful djembe in a forgotten corner of the living room and, before even thinking about playing it I had the recorder already set up and switched on….

Later on that day, after the drumming session, Ana and I took a long walk on the beach, eventually settling in a comfortable cove. Meanwhile, Ana was making a beautiful sand mermaid I collected several stones for the purpose of building a lithophone, or stone xylophone. It was not easy to choose nice sounding stones with a good resonance and attractive sonic qualities, such as pitch and tone, but after one hour or so I succeeded in gathering several interesting stones for my spontaneous instrument. After organizing them, according to their tuning, I set up the handy recorder behind a heap of sand that worked as a windscreen.

We returned to the hostel at dusk, the moon was already visible, the sea was at low tide and a group of seagulls was resting on the still-wet sand. The unexpected evening call to prayer joined the sonic composition adding a certain shade of peace to the moment.

At the following day, our plan was to visit Paradise Valley, a section of the Tamraght river known for its abundance of rock pools and small waterfalls. As the valley is about 35km from Taghazout we resolved to hire a motorbike to get there. Despite my lack of confidence driving motorbikes, we had a comfortable and beautiful drive until a sudden skid on the earthy road made us land straight to the floor. For my fortune, the injuries that I had because of this “little” accident did not affect the ongoing trip.

Although I was convinced that I had only some scratches and that we could continue our excursion without any problems, our visit was not as pleasant nor as long as we expected it to be; maybe because of the burns that started to hurt after a while of just because as it was dry season, the amazing pools and waterfalls that we created in our imagination were reduced to puddles and water streams. Regardless of the situation, I got interested on the sound of water; playing and experimenting with different streams, throwing stones to the puddles and splashing around them made me forget about the troubled time. 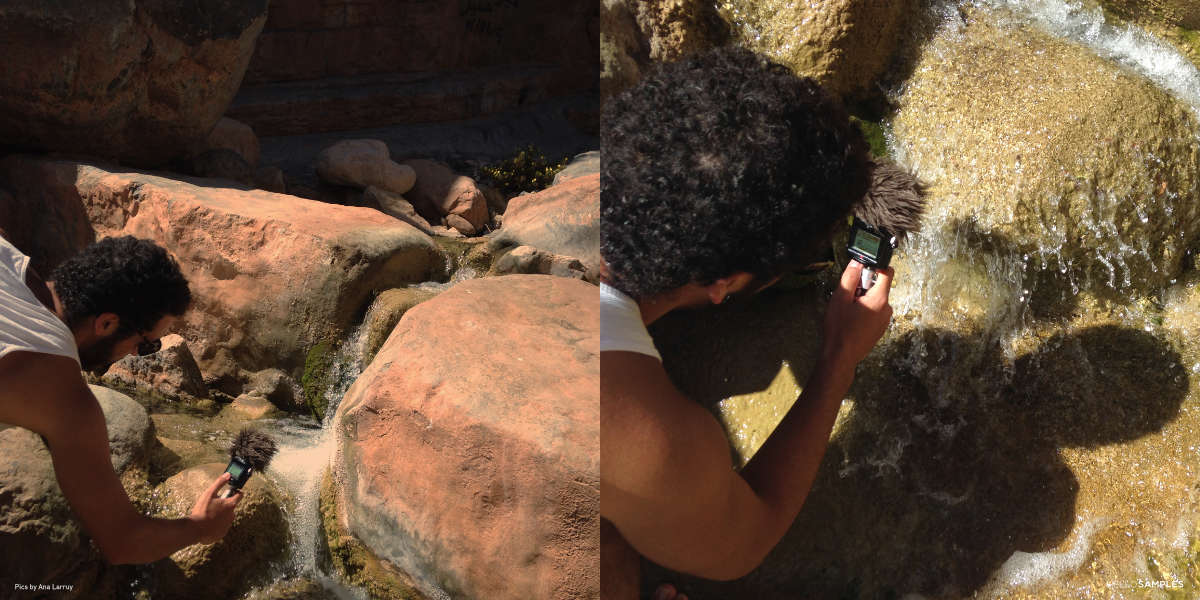 It was Friday when we left Taghazout and Ramadan had just finished the day before. Although I could not enjoy the festivities of the previous night because of my injuries I spend a nice night gathering some energy for our upcoming trip to Essaouira. The next day at 3pm, we took a bus to Agadir in order to take, from there, another bus that would take us to Essaouira; it was there where I captured a beautiful moment/recording in where a very kind elderly man offered me his seat, seeing the “crippled” state of my full-bandaged leg.